Rescuing Our Own – Managing the MAYDAY

What Can We Do?

As the fire service moves closer to understanding that our own need to call for assistance earlier, more MAYDAYs seem to be occurring on the fire ground.

Is this a bad thing?

I don’t really think so. Quite the opposite actually.

It shows that we are learning that we function in an unforgiving environment. That early recognition of trouble gives us the best hope of surviving. We are finally “getting it”!

So, what do we do about that increase? Can we make a difference? Absolutely, we can make the difference! We prepare, train, and run the MAYDAY so we don’t let the MAYDAY run YOU! After reviewing about 100 MAYDAY events and the associated radio traffic. I have discovered some interesting items.

* FDNY has the most experience and run MAYDAY operations very well.
* There is very little if any training or education on what each and every person on the fire ground should do when a MAYDAY is called.
* Departments with MAYDAY training and FF rescue teams seem to react to a FF distress call better.
* We just cannot shut up on the radio when a MAYDAY is called.
* Most FF that issue a MAYDAY give great information (Location, Unit, Name, Assignment, Resources = LUNAR).
* Too many times the first reaction of the IC is to evacuate the structure.
* It takes too long for the FF rescue team to deploy.
* Most FF issuing a MAYDAY self-rescue.

Sometimes we fail the guy or gal in trouble. Here are some important things to do when a MAYDAY is called or declared for each fire service member on the fire ground.

* Shut up on the RADIO!
* Listen carefully, you just might be the person that gets the key information.
* Do NOT abandon your assigned task.
* Have the MAYDAY announced to the entire fire ground.
* If you are the IC, have a FF Rescue Team assigned and ready to deploy.
* Unless imminent danger of collapse or rapid fire spread imperils crews in the structure do NOT evacuate, RE-ENFORCE attack crews.
* Have ladders already in place
* If you are the IC, get help to run the attack, or run the MAYDAY Operation, Don’t try and do both. I don’t care how good you are, you’re not that good.
* Make sure everyone on the fire ground is accounted for as soon as you can. This may need to be done on a separate radio channel or talkgroup, or by runner.
* Do not have crews involved in the MAYDAY change radio channels or talkgroups.
* If you hear a PASS device inside the structure report it and react to it, it may be what saves your brother.

Each one of these tips comes from an actual event. It is not theory. I cannot emphasis enough, that we must practice reacting to MAYDAY situations. If you take the approach of “it” can’t happen to us, I for one can assure you that “it” most certainly can!

Until the next time, be safe, keep low and keep learning.

How to Stay off the Search Train 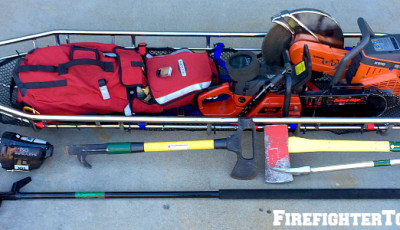 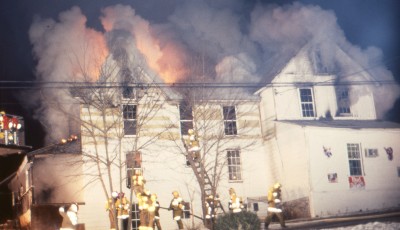 5 Must Have Tools for Firefighter Rescue – Part 3 5 Must Have Tools for Firefighter Rescue – Part 2 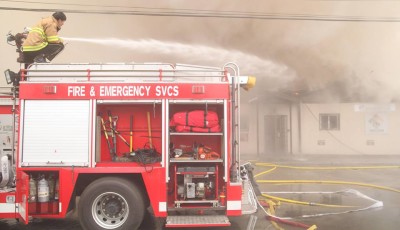 5 Must Have Tools for Firefighter Rescue – Part 1 7 Ways For Firefighters To Use Webbing